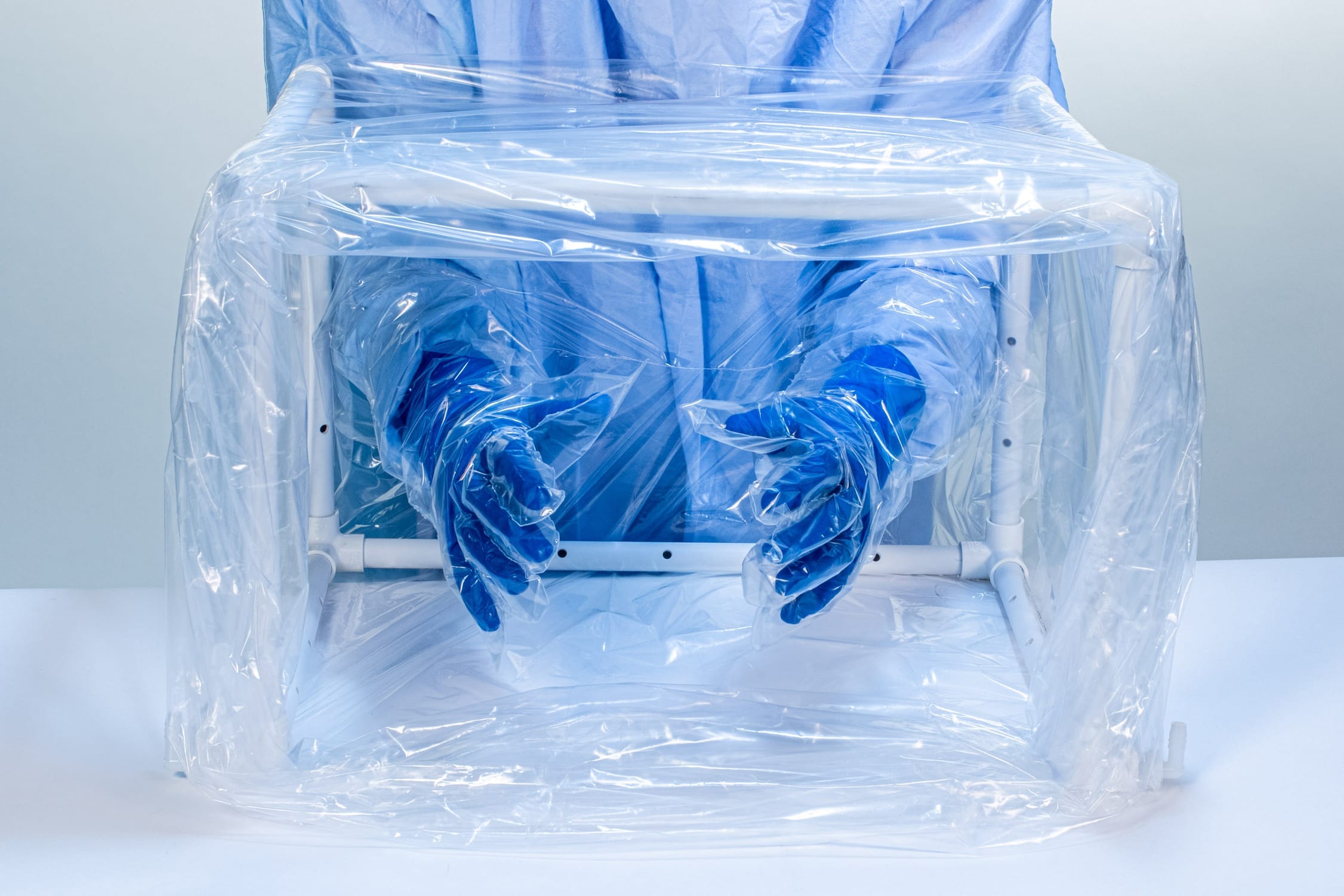 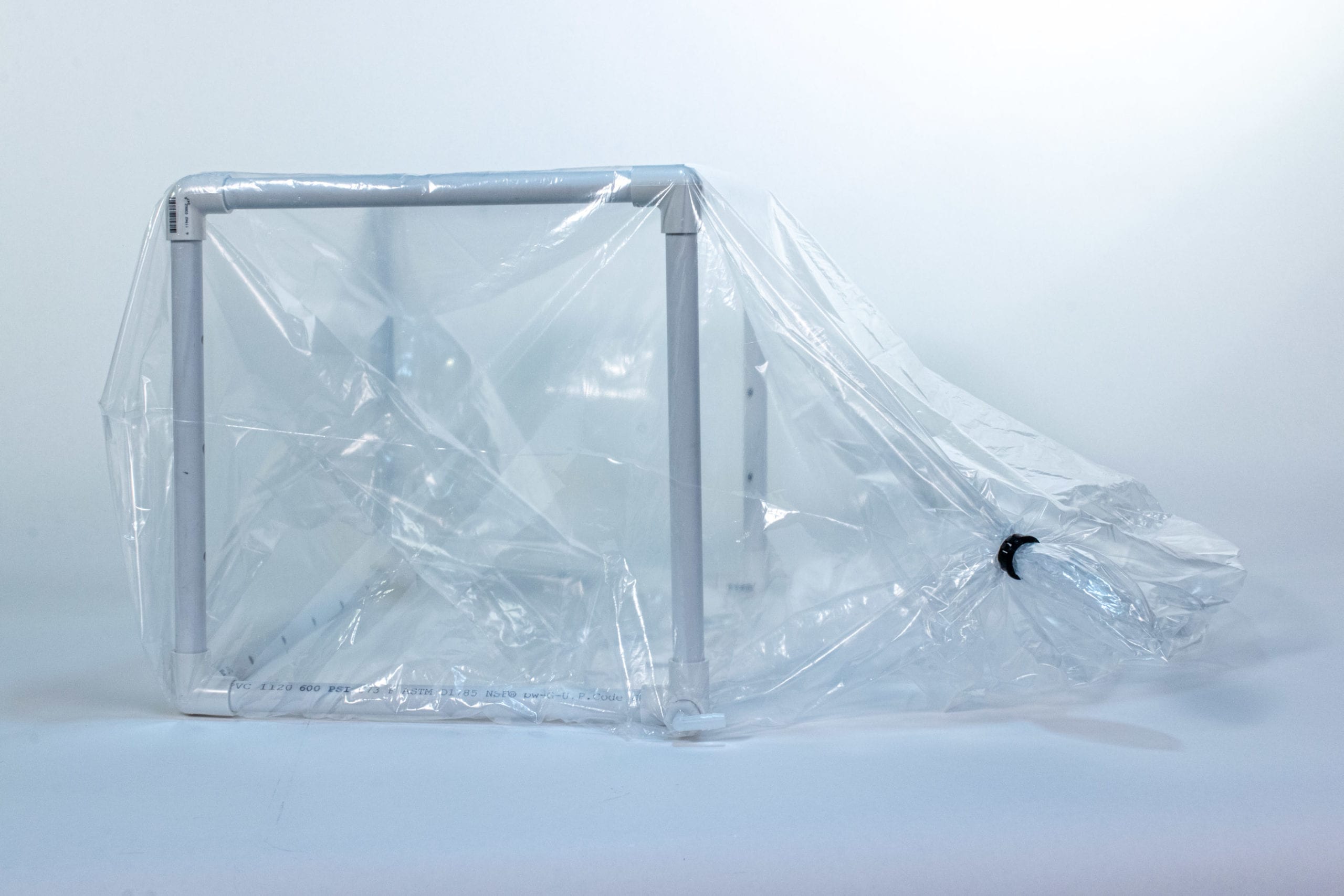 The CAMIC invention was made by US Army medical doctors and engineers in response to COVID-19 then subsequently licensed to Prep Tech for commercialization.

(DOES NOT REPLACE PPE’s)

CAMIC devices are sold subject to the FDA’s CAMIC Emergency Use Authorization to Military Personnel only.

Covid-19 Airway Management Isolation Chamber (CAMIC) was developed by the US Army for their hospital and field applications and is licensed to Prep Tech for commercialization to military establishments. This device was designed to better protect medical staff and service members from airborne droplets and aerosol exposure – as a more effective measure in addition to personal protective equipment (PPE).

Composed of easily assembled PVC parts that create a frame, the CAMIC is ideal for either hospital or in-the-field operations. A clear custom bag with two integrated gloves slide over the CAMIC frame. Holes can be cut into the CAMIC bag for additional patient/equipment manipulation. Medical air is delivered through the contralateral port. Suction is attached and distributed through the perforated/holed frame to remove contaminated air particles.

CAMIC frames are designed to be disassembled and disinfected between each surgical case. Follow provided assembly/disassembly and cleaning instructions. Units should not be used more than 5 times. Custom bags are discarded after each surgery.

Advantages
•  Designed for most all airway management cases – intubation/extubation/suctioning
•  Does not impede patient care or standard medical procedures (remove device immediately if so)
•  Reduces healthcare worker exposure to pathogenic airborne particulates
•  Easily assembled and disassembled between surgeries
•  Easy application and removal of custom bags onto the CAMIC devices
•  Cost effective protection for patients, doctors, nurses, visitors
•  Reduces spread of pathogens throughout the hospital

FDA Emergency Use Authorization
The U.S. Food and Drug Administration has authorized an Emergency Use Authorization (EUA) for the emergency use of the Covid-19 Airway Management Isolation Chamber (CAMIC) as an adjunct personal protective equipment against airborne droplets and aerosols exposures. The use of the CAMIC is subject to this EUA and the associated fact sheets and instructions as authorized by the FDA. Healthcare personnel should follow these instructions, as well as procedures at their healthcare facility in the use of the CAMIC system.

Testing
Initial studies (below) of the CAMIC by the US Army demonstrated that microdroplets/aerosol particles were within acceptance criteria inside the chamber, as well as up to three inches outside of the bag. 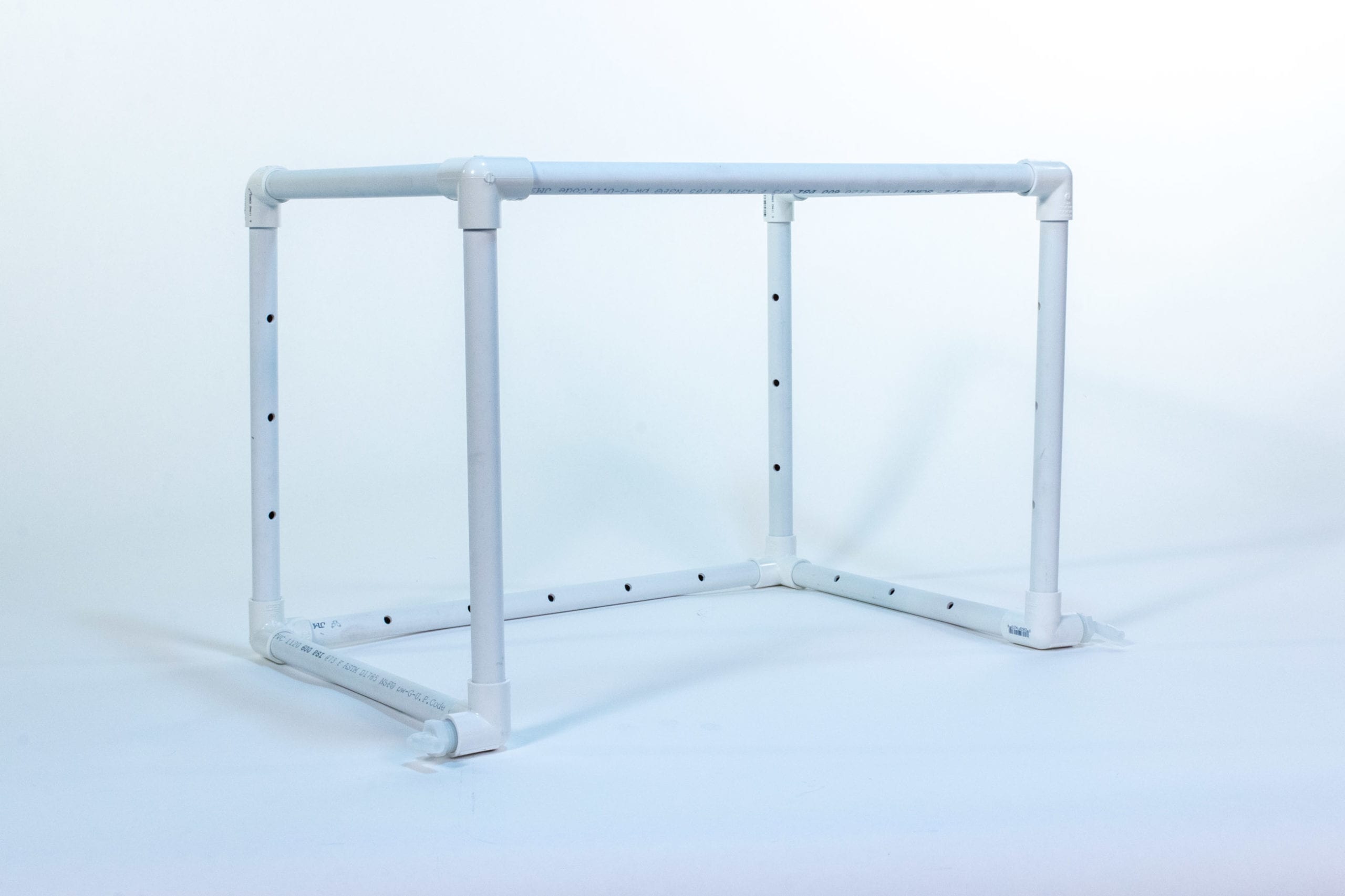 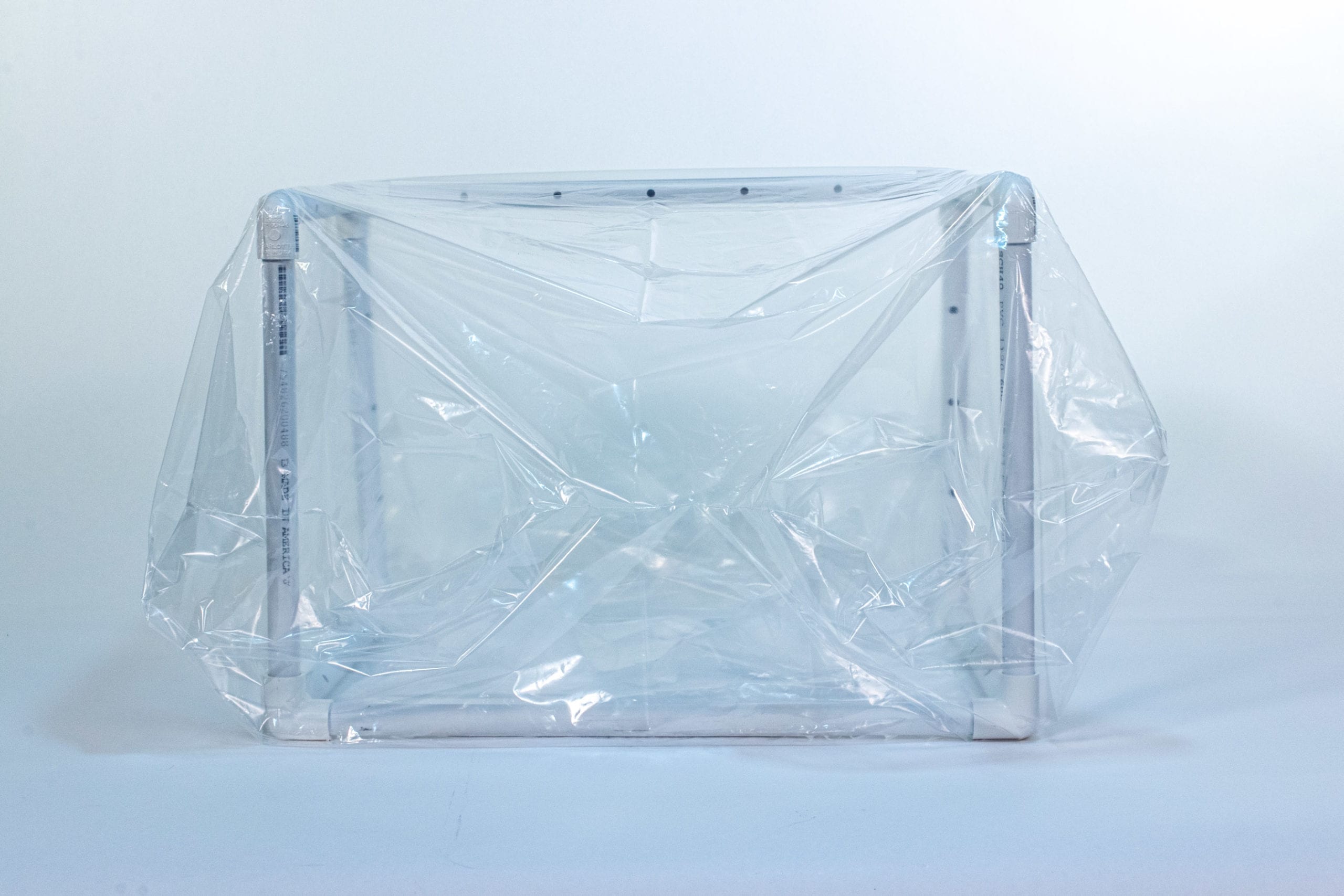 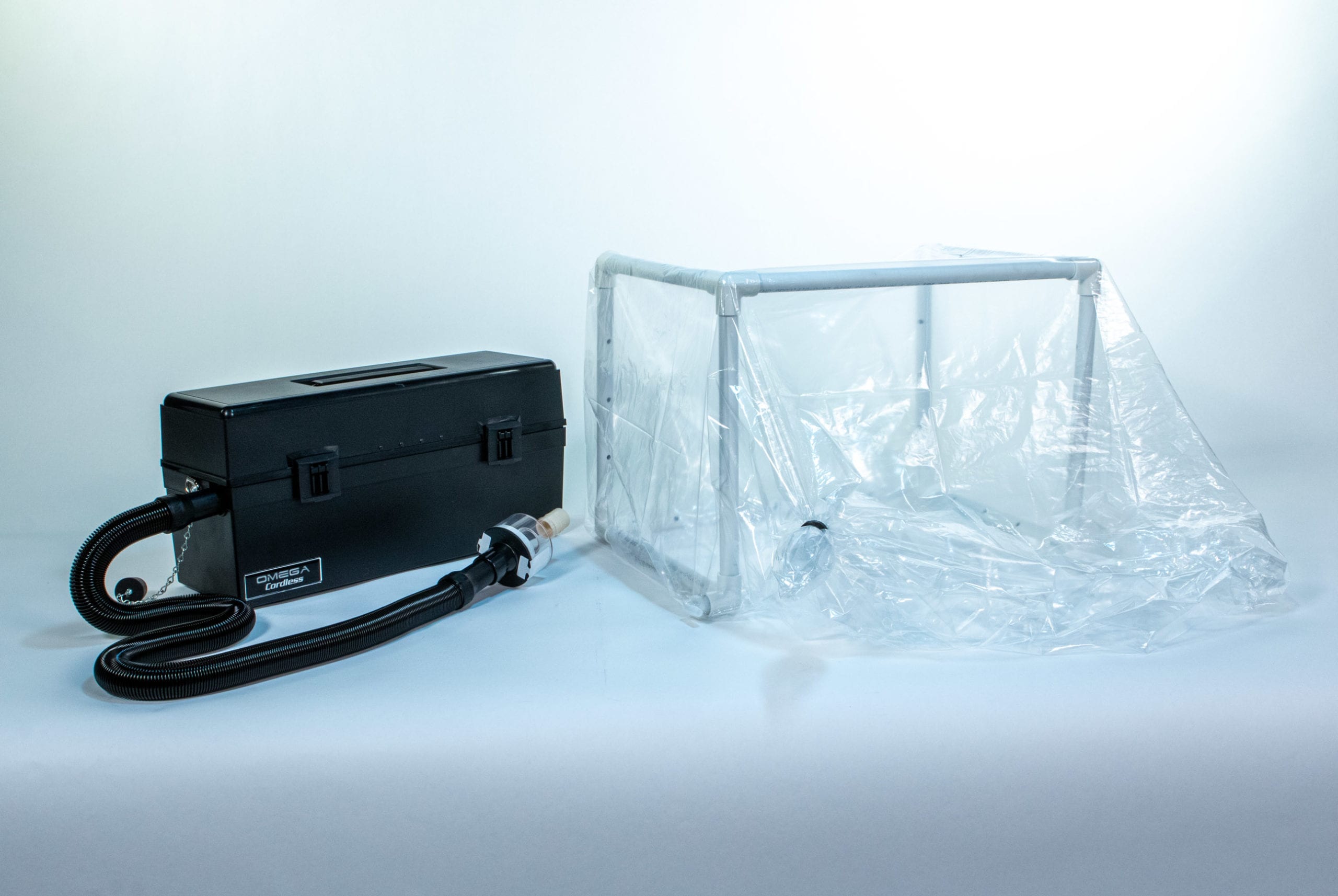 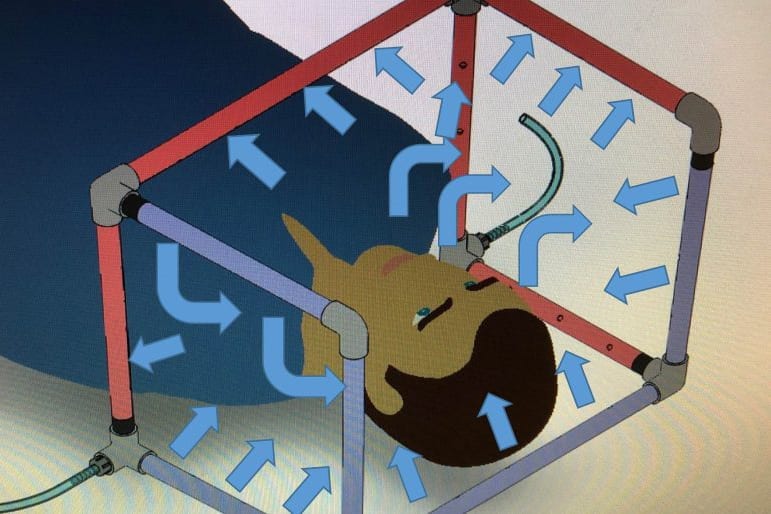 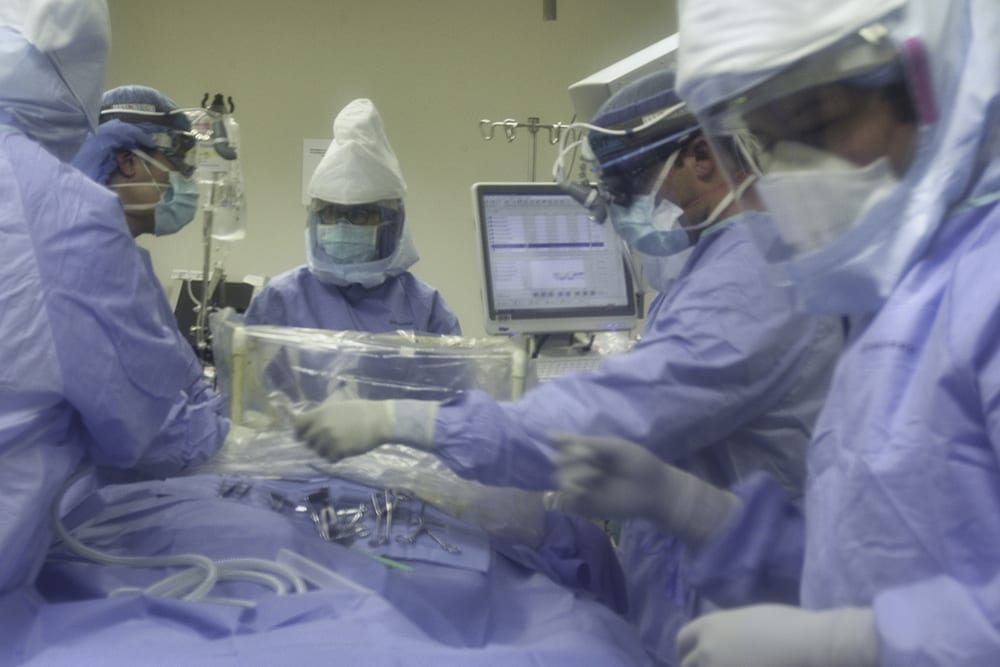 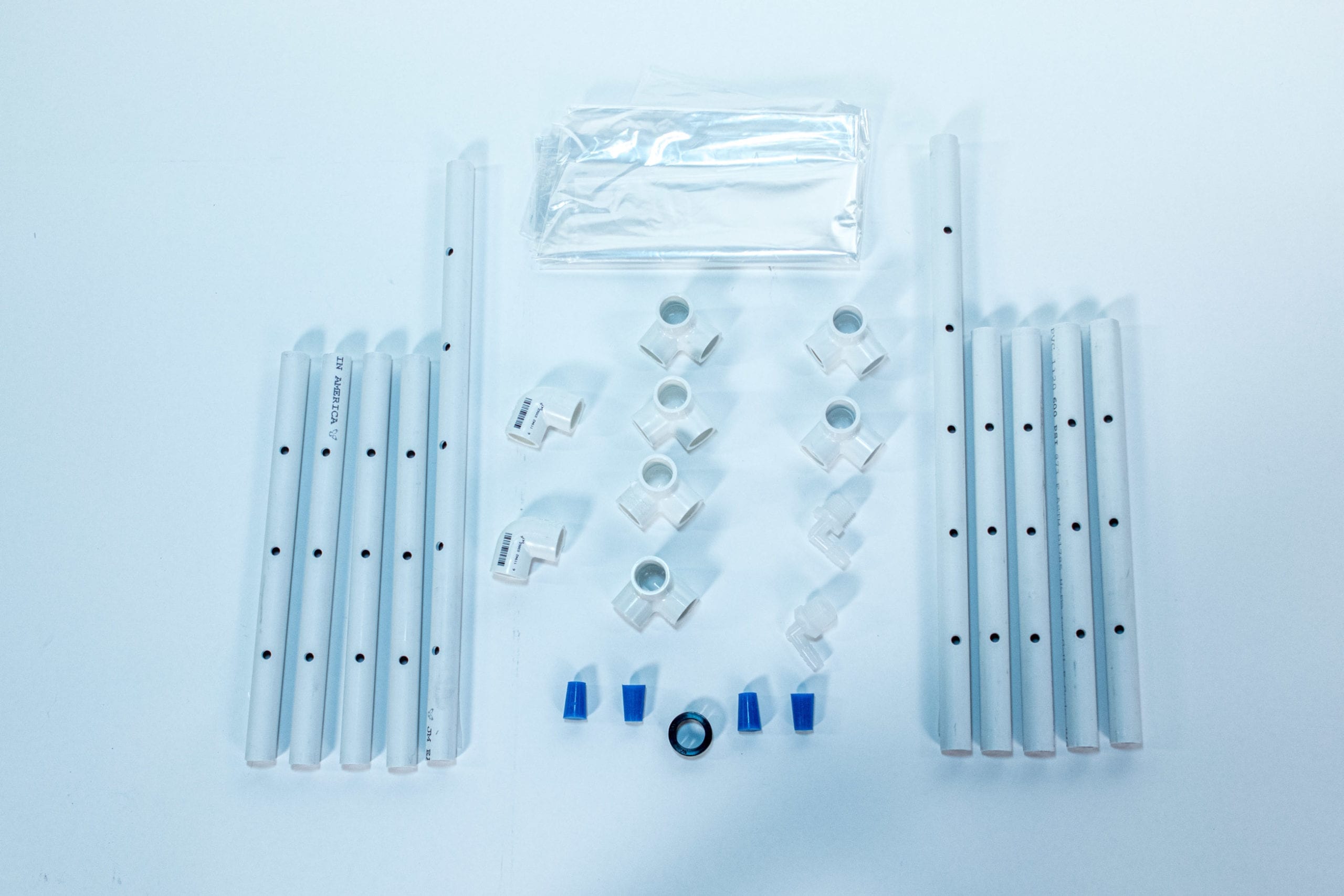 “The cost of a CAMIC is nominal given the additional protective barrier it provides. It’s another significant level of safeguard for our critical military team members.”